Items such as the kitten artwork [colored pencil, faved a lot on Etsy but not bought by anyone there] and the Easter chick sold, so it seems my depictions of animals were well received as usual.

I’ve also sold a spectacularly large item on eBay, made to order for a customer there.

So – all told – I’m in good shape to push things beyond where they were before.  I’m ordering a new GPU (video card) for my computer and will try to set that up soon.  I’ve also acquired a few other smaller things that I need, and much of that is related to a virtual tour of the former Church of The Redeemer meeting location.  That’s one of a handful of Unity 3d projects being developed in tandem, so any shaders, plugins, etc, used for this will also be useful elsewhere.

The Redeemer DVDs were generally very popular and the Blu Rays less so even though they look amazing on a high-def TV.  1280×720 video may not be flawless resolution but it’s well above 720×480.  If you’re online asking for a copy, keep in mind that aside from a teaser for the virtual tour, pretty much everything on those discs is church service footage only of interest to the aging people who attended the church prior to 2011.

It’s not exactly a seat of your pants, high octane thriller.

But – it may well lead to some exciting videos making it online, ones that are shorter but way cooler looking and faster-paced, than a church service.

Right now I’m slashing prices on all of my Etsy listings by 20-35% (until May 10) so that’s worth a look.  The eBay listings also have mostly dropped by 5-10% as sales there have slowed down slightly lately.  A lot of that kind of stuff ebbs and flows.  Sometimes I see 3 or 4 people all commission unique artworks in a single week, other times I can go a month with nothing much selling.  So it’s hardly consistent and right now I’m expecting a boost in activity, partly due to the sales and reduced pricing, and partly because I have launched a bit of advertising this week.  So if you like an item I made, that you see on Etsy, buy it before it sells to someone else. 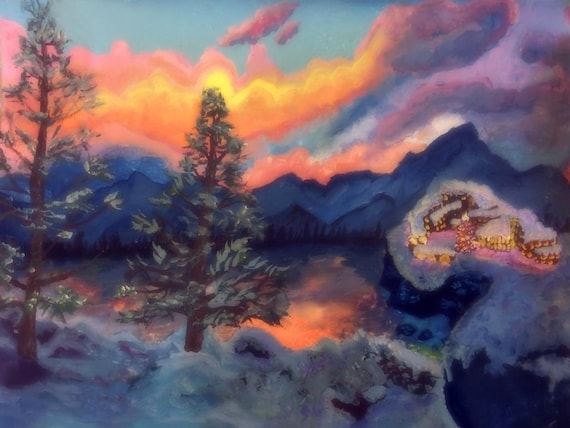 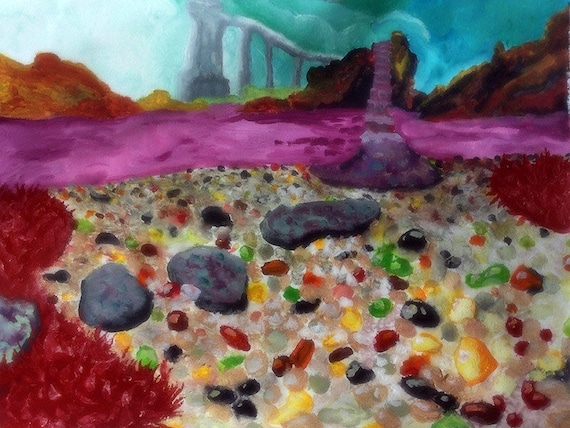 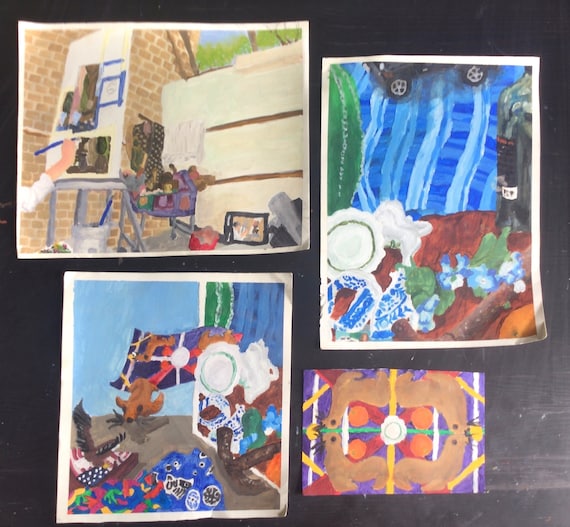 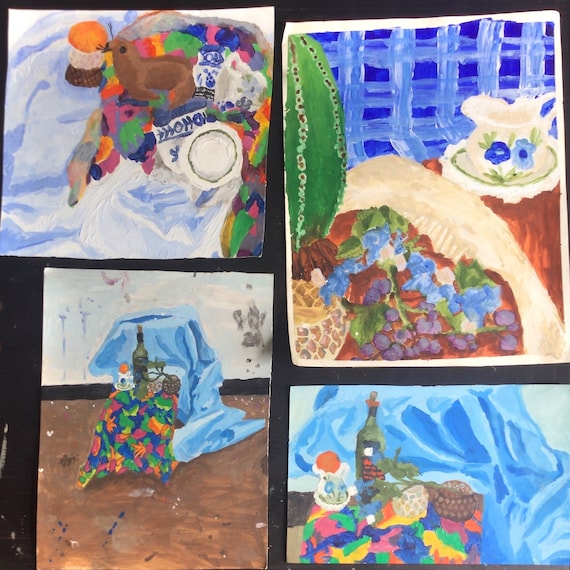 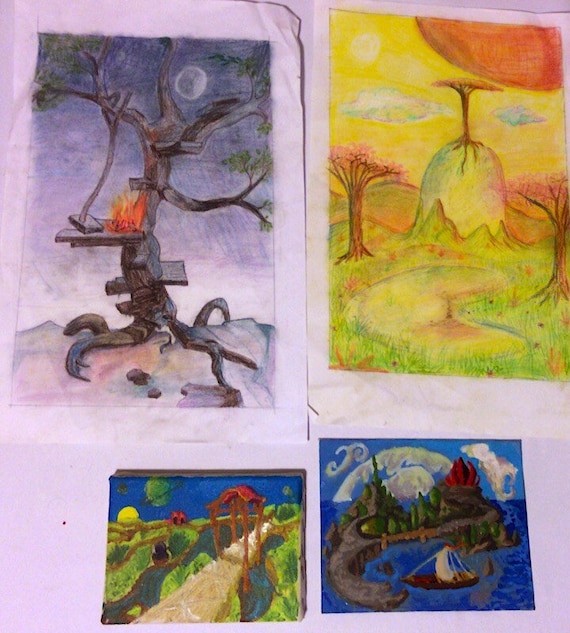 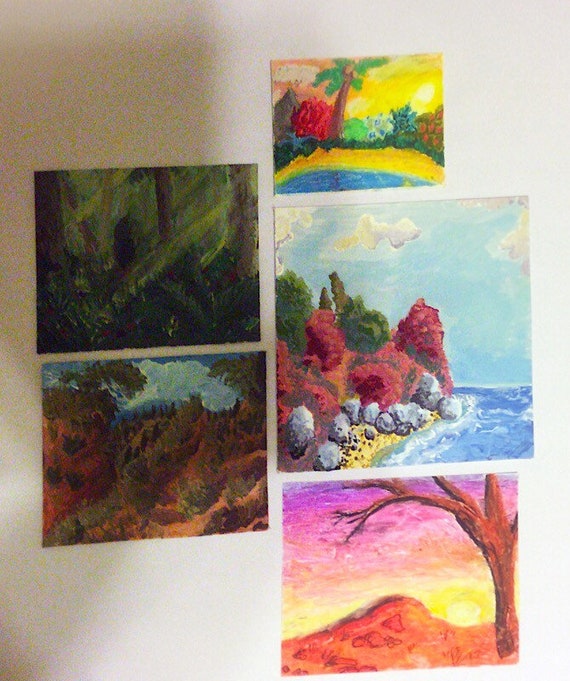 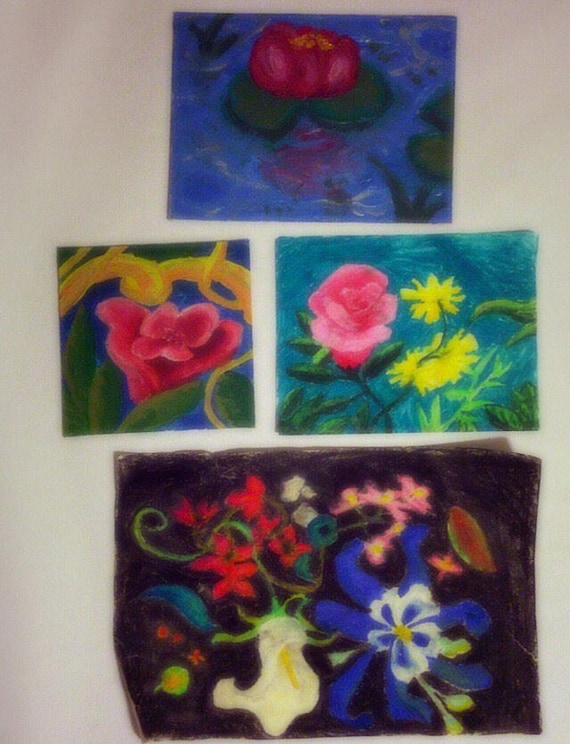 There are INSANE bargains all across my network right now and you should definitely take a look if you haven’t already.

I’ve been given a large batch of old art books by my grandparents; they’d been owned by my grandfather Daniel, and after he passed away they were handed down to me by his wife Sharlene.

I didn’t think much of it at the time but apparently these old 1960s publications – I Maestri del Colore – are fairly valuable.  Not extremely valuable, but there are a lot of them in my house [almost 90 issues] and they’re worth anywhere from $5 to $150 each.  Most are valued around $10-15, but some issues are worth more and some less.  So I’m selling them off on eBay right now in batches.  If you stumbled across this blog post by searching for I Maestre del Colore for your collection of antiquarian books or whatever, and are actually here actively looking for that Italian magazine, then by all means take a look at my eBay shop:

My eBay shop — also, if you are interested, please take a look at some of my other projects on my various websites, as they’re likely to benefit noticeably from the sale of these old art books.  I won’t be able to launch the stock footage I’d planned to, any time soon, but nonetheless my new video channel, new handmade art on Etsy, new comics/graphic novel content, and an update on my Spiral Skies game… all of those things are still on track for a release in mid April 2017.

Just to generate a bit of curiosity, maybe get you all a bit excited even, here’s a little .GIF pulled from one of my upcoming videos:

If you’re at all interested, over the next week I am about to start posting a batch of new listings on Etsy and ArtFire.  Just FYI, there have been a number of people with bad experiences selling & buying on these platforms, so if something goes wrong and, for example, one of these shops runs into a glitch or the shop suddenly shuts down for no good reason, just know it’s the platform’s decision and their screw-up, not mine.  I’ll do my best to handle my shops here with integrity but realistically there are some things I cannot control, like the other sellers [who may cheat you in some cases, or sell shoddy knock-off items that are mass produced in China and not really artful or ‘handmade’] and the decisions of the venue owners.  So be careful to buy carefully from vendors within these markets who you know have some sort of good track record – either positive ratings right there or elsewhere.   In my case?  I do not yet have a clear track record on these shops but I DO HAVE A SOLID 170+ RATINGS ON eBay.  And they’re all positive, 100% of them.

You should expect similar outcomes on my other shops, great items, inexpensively priced, with good customer service.  And if I do somehow screw up, and overlook something, I’ll do what I can to rectify the mistake.  This – delays in shipping or other screw-ups – can happen once in a while due not to malicious intent but simply because I am busy with many customers and things occasionally fall through the cracks.

I have actually been rated negatively on eBay a handful of times but in each case I managed to resolve the complaints involved.  I ended up refunding the sale amount, apologizing profusely for the late/damaged item which had trouble in the shipping process… or in one case an item was not quite what the customer was looking for visually.  All of these were issues I did try my best to resolve and on these rare occasions, the customers ended up retracting their negative ratings of my shop, usually replacing them with positive ones.   The same willingness to exceed customer expectations, and resolve problems even if it means I lose money on the sale, will apply on every shop I run, whether it’s Etsy or ArtFire or eBay or my own shop here on this website.

I am also aiming to post new stuff on my own shop the week after that. This should include some really cool things that I’ve put a ton of work into.  Watch for that.  Oh – and by the way – there are a couple of amazing eBay auction this week too and they end in a couple of days.

They’re for custom made to order art and the opening bids are under $3 on both listings.  You might want to jump in on that!

UPDATE: eBay auctions relisted and the first of the new art items has been posted on Etsy.